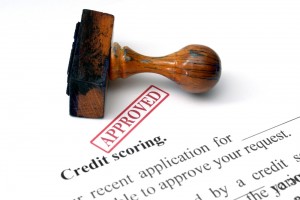 If you’re seeking a business loan, it’s guaranteed that lenders will look at your credit score info. When you go to the bank, they’ll scrutinize your credit pretty hard. Banks have gotten pretty stingy when it comes to loaning money to businesses these days. Don’t be surprised if they’re expecting you to have a credit rating of 700 or more.

However, even if you have a super low score, I don’t want you to be discouraged. Depending on where you are, there may still be opportunities available for you. After all, there’s a lot more to your credit score info than just a number.

Not everything is riding on your credit history. Again, you should know that banks, with their rigid requirements, aren’t the only options. Across the nation, there are non-traditional lenders whose core purpose is to support small businesses, including startups, who aren’t able to get tradition funding. By traditional funding, I mean bank loans.

I do want to say, if you have a poor credit score, you’ll have to make up for it credit in other areas. These lenders still don’t give money away willy-nilly. They want to see that you’re making an effort to make corrections or at the very least, they want to see you’re trainable. For example, is your poor credit score the way it is simply because you don’t understand what you’re doing, even though you’re trying to do right? That’s why it’s important not to lose hope even if your credit is in the 400s. 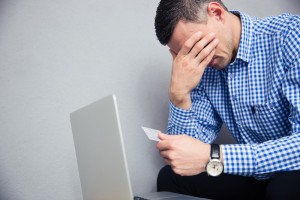 I’ll give you an example. I talked to a government-supported lender recently. She said she’d given a loan out to an entrepreneur with a credit rating in the 400s. He’d consistently paid his bills late but in full every 90 days. The industry he worked in only paid out every 90 days, which meant he got a chunk of money ever 3 months. He’d stack his bills to the side until he received his payments from his customers, then pay his bills.

If you know anything about credit, you see the dilemma. Though he always made good on his debt obligation, his credit history showed he was consistently 90 days late with his bills. A traditional bank wouldn’t touch him. Their regulations showed that his credit score info made him unlendable.

However, his situation was workable. The non-traditional lender I spoke with realized that all he needed was a bit of education. A loan or line of credit could easily switch his model around and savaged his credit. As you can see, poor credit score info isn’t the end of the road for business borrowers.

This is why it’s important to explore your options. Yes, banks are saying no if you’re not in an ideal business situation. On the other hand, non-traditional lenders are saying yes. If you’re willing to take the time to look into alternative solutions, you may find them. If you don’t try or at least investigate the facts, you’re not going to find those programs. Don’t just assume because of the financial situation that you won’t qualify. Talking with lenders, asking what their requirements are, sharing your situation and what you’re doing to correct any problems might just open doors. But you’ve got to ask.

Let us research sources of money for you

For startup or fairly new companies, the business has no credit of its own. Therefore, lenders will look at your personal credit score info to determine if they’re interested in giving you a loan or not. Until you build business credit, that’s what you’re looking at.

Your credit history typically has an inverted relationship to the rates you’ll receive. That is, if you have low credit score or history, you’ll likely receive higher rates. If you have a high credit score or history and your business financial situation is solid all around, you have a better chance of receiving lower rates. I caution you… make wise choices. An interest rate that’s too high can make a loan nearly impossible to repay. 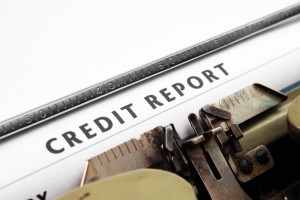 If you don’t have perfect credit, start taking steps now to correct your credit score info. As I said, with non-traditional lending, you don’t need an A+…however, they will want to see that you’re making an effort.

Pull your credit reports and see what’s on them. AnnualCreditReport.com is a free service and you can obtain your credit report from the three bureaus twice a year. Now that you have this piece of information, not doing so is just an excuse for not taking responsibility.

When you get your credit reports, check them for errors. Sometimes companies will report the information incorrectly, such as late payments, items in collections, maxed out accounts, and accounts that aren’t even yours. You can dispute items that are inaccurate on your credit report and have them removed or corrected. After all, you shouldn’t have to pay the price for something you didn’t do wrong.

If you have items in collections or in default, work to pay off those collection accounts and bring your accounts current. If necessary, talk to credit companies and work out payment plans. Also, don’t forget the charged off accounts. They can still be paid, which can help improve your credit score.

Pay down some of your balances. High balances hurt your credit. Therefore, you’ll want your balances to be below 30% of the credit limit. Even better if you can keep them below 10%.

“If you have a debt issue or a credit card issue, start dealing with it.”

This is an awesome quote by Hill Harper. I cannot tell you how important dealing with your credit issues is. Lenders want to know that they’re getting the money they loaned you back. Even with grants, organizations want to know they’re making a good investment. Your credit doesn’t have to be perfect, but you do need to show some effort. Do that. Talk to lenders and find out what they’re looking for in a borrower. Find out what you need to do to meet their standards.